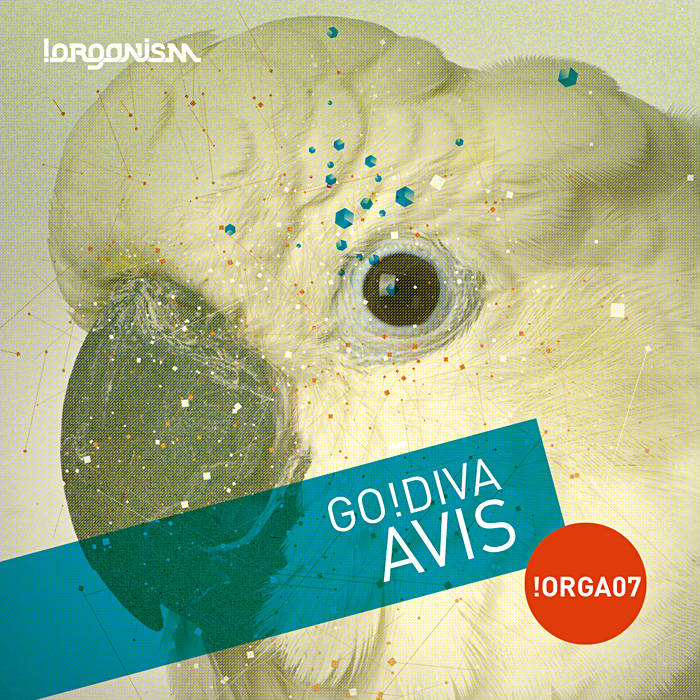 Swiss label !Organism team up with emerging talent GO!DIVA for this brand new single of superb melodic techno, backed with remixes from Perc and Yan Stricker...

This is the seventh release from the Lausanne based !Organism imprint, a label that has been building a solid reputation with its selective single releases and quality techno output since its inception in 2008. For their latest release the !Organism crew have joined forces with rising production star GO!DIVA who has provided two brand new recordings which are backed up with a set of stellar remixes.

GO!DIVA is known to friends and family as Danielle M. N. Godiva, she was born in Holland and despite an almost two decade long love affair with dance music it is just in the last 24 months that her career in electronic music has come to life. Earlier in 2010 she made it into the final of the ‘Next Generation DJ contest’ and saw her first release on Lot49 after winning a highly contested place in the labels ‘New-Lot’ competition. Since then she has signed releases to Intertech Records, Redbox Records, NBG-music, Brickwork and of course , !Organism Records. She has also started her own radio show ‘GO!DIVA FM’ on Fnoob.com.

Godiva’s debut release on !Organism kicks off with the original version of ‘Avis’, a wonderfully melodic slice of old school electro techno that is reminiscent of early Aphex twin or Orbital. Warm gated chords and swirling FX lie over a bed of taught electro drum patterns whilst the beautifully broken arrangement lends real depth and character, a superb production that has you instantly hooked.

Next up we have two remixes from the awesome Perc (Ovum, Drumcode, Kompakt etc) who injects two sides of his character with an incredible broken beat version (Steppin mix) followed by a superb rolling techno reworking (Windjammer mix).

The second of the original tracks comes in the form of ‘Decreet’, a dark and brooding slab of late night techno that draws on razor sharp drums, edgy melodies and intense percussion to create an instant killer. The original is followed with a remix from label boss Yan Stricker who strips things back and provides a brilliantly understated piece of techno.

The brainchild of Yan Stricker, !Organism was established in the winter of 2008 as a platform for showcasing artists that share a likeminded affinity for a distinctly rhythmic and uncompromising form of techno. Since then the Swiss imprint has played host to a slew of the genres most prized producers, including the likes of Perc, Cari Lekebusch, Hans Bouffmyhre, Jerome Sydenham, Audio Injection. ... more